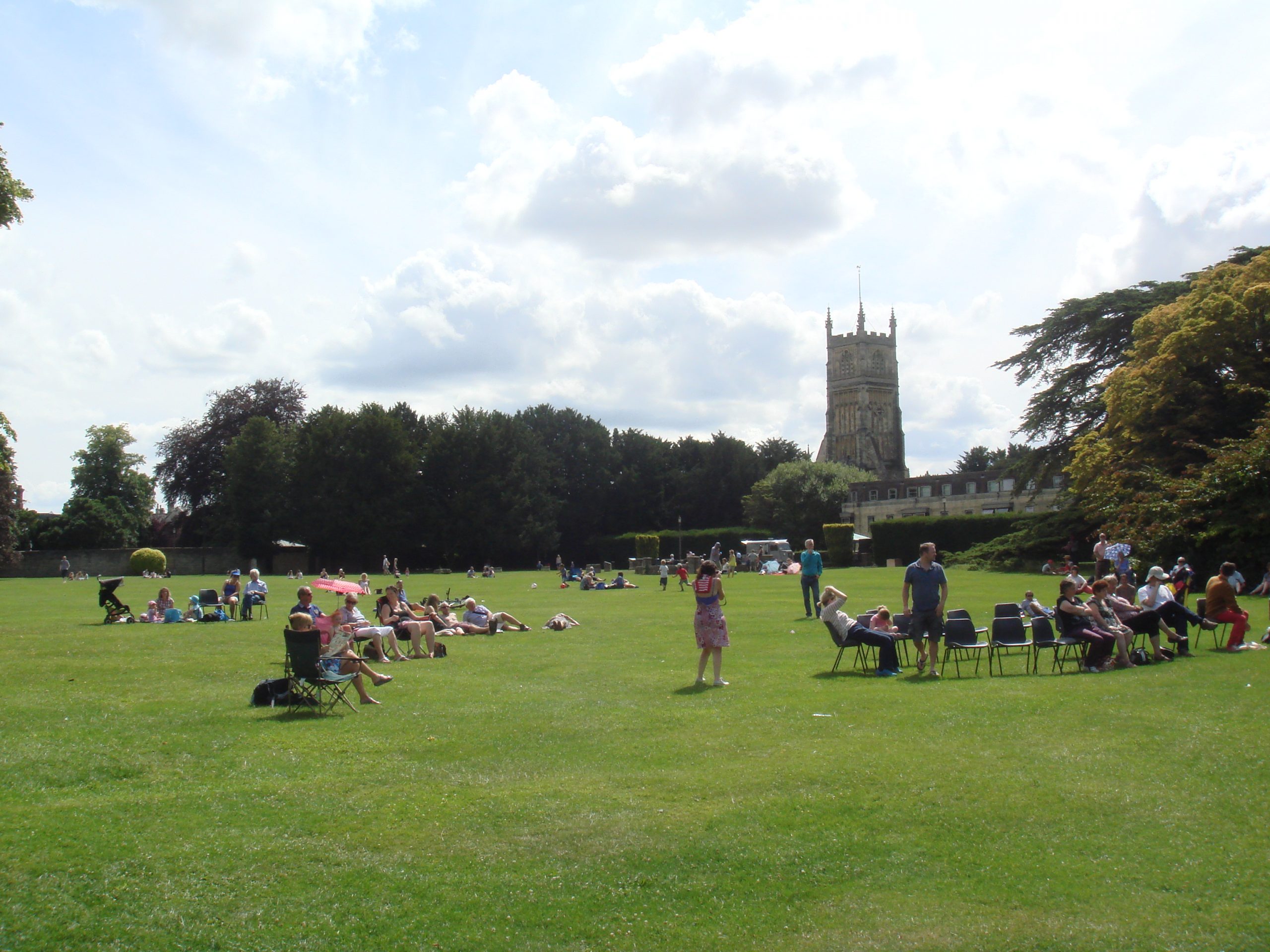 Abbey 900 Legacy Advisory Team was formed at the beginning of 2018 to administer and progress plans for spending the monies raised by the 2027 Abbey 900 Festival to enhance the Abbey Grounds site. The group remains under the auspices of Cirencester Community Development Trust

Public consultation begun in August 2017 brought forth a clear desire to use the Abbey 900 Legacy Fund in two ways.

During 2018/2019 the outcome of further investigation into these suggestions was that the proposal to install a power cable across the grounds was prohibitively expensive and the proposal to fund an overarching long term vision for the management of the grounds (2), while of potential value to the landowner, Cirencester Town Council, was also likely to be a long term project and unlikely to realise a visible outcome for a long time.

‘Quicker wins’ (1) that had been proposed were implemented. These included improved signage, a display of children’s artwork and a time capsule placed below a newly planted tree.

For the longer term, during 2019, the proposal to create a monastic garden, also a suggestion from public consultation responses, was adopted along with statuary and interpretation. Discussions took place with Cirencester Town Council (CTC), the landowner, and Cirencester Community Development Trust. Historic England were contacted for preliminary discussion and detail design advice regarding the methodology for installations and a short but supportive meeting was held in October 2019, with a pre planning presentation given to CTC in February 2020. Planning should be granted August/Sept2020.

The Abbot’s Garden – The vision is to create, at the western end of the Abbey grounds, a sculpture of two figures to represent the Abbott and one of his canons. (1) Once the curiosity of visitors is caught, their attention is directed by the stance and attitude of the figures towards the existing metal interpretation plaques (2) and then further beyond, to a new monastic garden (3) and to (4) an arch which frames further interpretation panels. As a standalone element, a timeline is proposed to be mounted on the extant plinth of the stone balustrade (5).

The Abbot and Canon Statue
Maquette of the proposed sculpture, now in the Parish Church